Growing up as a young man, Mr. Saul Campos was well knowledgeable of how to make Pure Coconut Oil; as his parents & his parent’s parents carried the tradition from generation to generation. After enduring the hardships of the sugar cane crops that are now decreasing in the North of Belize, Mr. Campos then decided that he would take on the family tradition of making Pure Coconut Oil for distribution.

His first step was to gather as much coconuts as he could for harvesting the coconut meat for cooking. He then started to boil coconut meat & followed the family tradition coconut oil making process. After making his first batch of Pure Coconut Oil, he wanted to see how his product would do in the market, so he decided that he would then sell to his neighbors so he could gather information & critiques on how his now pure coconut oil tasted.

Mr. Campos was amazed as positive feedback came from his neighbors that his oils were of best tasted hence creating a demand, so he decided to venture into this new trade of producing PURE COCONUT OIL to be distributed across Belize. Mr. Saul then started to clear farm land that was passed on to him to replant quality coconut trees for his business. After establishing new found heights with his quality Belizean made product, he then sought the assistance of The Belize Marketing & Development Corporation to further market & distribute his Pure Coconut Oil also to be sold in the #1 stop for quality Belizean made products called; The Belize Shop.
Saul Campos’s Pure Coconut Oil can now be found in the Corozal District, Orange Walk District; including The Belize Shop, Belize City & Belmopan City. 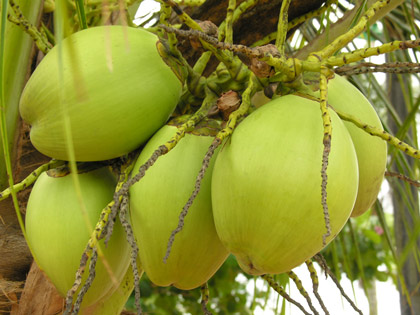 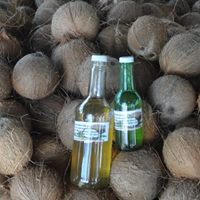